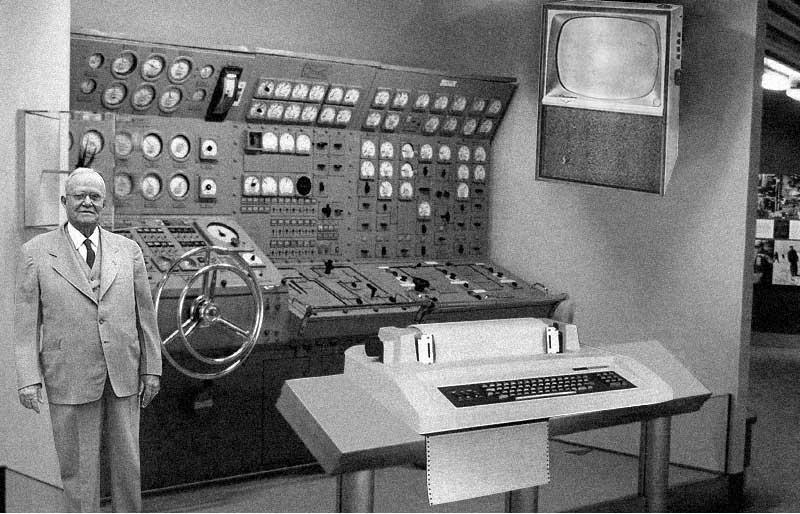 Update: Although the photograph displayed could represent what some people in the early 1950s contemplated a “home computer” might look like (based on the technology of the day), it isn’t, as the accompanying text claims, a RAND Corporation illustration from 1954 of a prototype “home computer.” The picture is actually an entry submitted to a Fark.com image modification competition, taken from an original photo of a submarine maneuvering room console found on the U.S. Navy web site, converted to grayscale, and modified to replace a modern display panel and TV screen with pictures of a decades-old teletype/printer and television (as well as to add the gray-suited man to the left-hand side of the photo):

It’s not clear if this could be an actual working version of the rumored Mac Tablet. Only time will tell, but rest assured MacWorks can provide full technical service and support with your new Mac.